Perhaps it was a link to a page that used to be on this website, or maybe you just tripped over a loose wire in the internets.

In any case (should you have the time) please allow me to explain.

Long, long ago—yes, when there were wolves in Wales—I began writing here with the stated intention of refuting the common presumption by other commentators and media types that Bob Dylan and his songs were inherently of the political left. I went at that from various angles, and along the way did quite a bit of topical blogging, working in quotes from Dylan songs that seemed to have relevance to whatever was going on that day (nothing good, I can tell you). And I also wrote about Dylan and his music in more general respects.

Now, the “Right Wing Bob” moniker was intended to catch the eye and cause consternation in those who would be consternated, and in that it succeeded. That said, anyone who has paid attention to Dylan knows that he has always eschewed labels and avoided being the puppet of political partisans. So, I wasn’t attempting to claim that Bob Dylan would characterize himself one way or another politically. Rather, I was highlighting elements in his songwriting, and sometimes in his statements, that were inconsistent with the ideology of committed political leftists in the modern world.

As I went along with this writing, it became a learning process for me too. I became more and more conscious that many of the things I was remarking on came out of the biblical worldview that seemed to underlie so much of Dylan’s work, dating right back to when he began writing and recording songs, and long before he tried his hand at gospel music.

What is a “biblical worldview?” Well, I think it requires at least two major pillars. One is an acknowledgement of God; i.e. that God is; and the second is a sense of human nature that corresponds with that which one would glean from attentive reading of the Bible.

Well, God is in His heaven
And we all want what’s His

Yeah! That’s about it. So if you feel you don’t have the time or energy to read the Bible, just carry those lines around on a piece of paper in your wallet and you might be OK (although the long form is certainly commended to all). 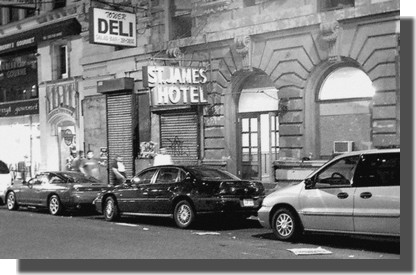 I had a lot of fun writing on RightWingBob.com, and made some good friends along the way, in addition to legions of fine enemies. Then, at a certain point, I felt like I’d said everything I needed to say in that context, and I launched another website, The Cinch Review, where I could write on whatever subject took my fancy (inevitably sometimes Dylan again) and thereby bore people in new and various ways. I left RightWingBob.com up as an archive.

Then one day (actually I just checked and it was December 26th, 2017) both the RightWingBob.com and Cinch Review content was taken down by my then webhost, because it had apparently been infected by malware (allegedly inserted by rascals mining Bitcoin). I then discovered that I did not have the kind of backup of the RWB content that could easily be restored. As I was doing other things, I put off dealing with it, and continued putting it off, while always thinking that I would one day get around to restoring the entire archive. Well, one day often becomes never, and so it is: the work to restore all of it would involve fixing so many broken links, missing images, etc, that it would require either dedicating the rest of my life to it or hiring an army of elves.

That brings us to the present day, and what was likely the only sensible thing ever to do, which is to resurrect only the more worthwhile pieces that I can find in the archive, and to republish them at my still-active website The Cinch Review. It still involves fixing links and such, but it’s not quite as daunting. So that’s what I’m doing, and I will add links to these posts here, below, as I go along. I am, in general, reposting the pieces with their original publication dates, as that context is sometimes relevant. I’m not doing any significant re-writing but will change a word here and there when I find one that makes me cringe too much (“I was so much older then” and all that).

Thank you for troubling to read this. And never forget … Bob is right!

Bob Dylan’s Argument with a Leftist

God On Our Side

The Whole Wide World is Watching

Who’s That Girl (from the Red River Shore)?

Here also is some related material I wrote for other publications:

Originally for The Weekly Standard, now in the Washington Examiner: